Anatoly Bogachev is well know in Russia as an artistic knife maker.  All his pieces are very unusual and eye catching. During his career he collaborated with Jerry Fisk on making several one of a kind artistic daggers now found in private collections in the United States. 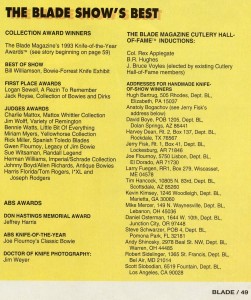 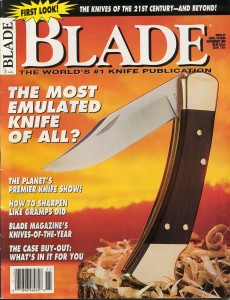 His collaboration with Jerry Fsk produced several pieces that won national recognition. The piece represented here is called Cockett. It has a 9 inch damascus blade, ivory handle and silver guard. In 1994 this piece won “The judges” award at the Blade show. Price $US 4500