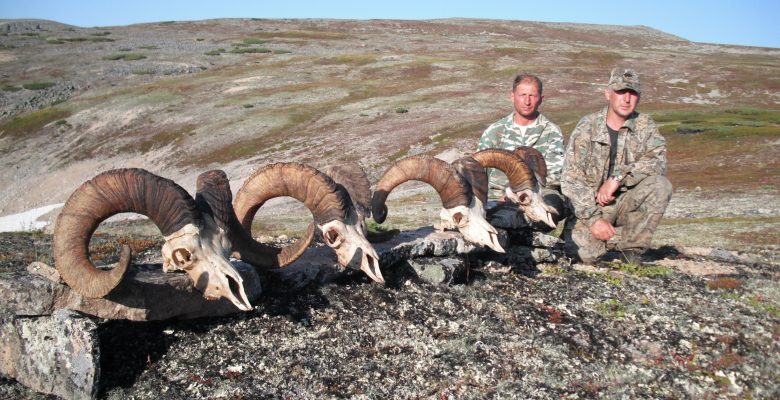 Snow sheep is endemic to Russia where it inhabits the most remote, inhospitable, and difficult to access areas in Siberia and the Far East of Russia. This great animal is rarely hunted and opportunities to take different subspecies of snow sheep trophies are great.

Snow sheep is also called Siberian bighorn sheep.  It has a compact muscular body and relatively short legs making it well adapted to living in mountain terrain. Snow sheep is extremely agile and nimble, and able to move quickly over steep, uneven slopes. It is closely related to North American sheep. Calling snow sheep a bighorn is incorrect, since it has relatively thin horns, similar to the Dall or Stone sheep. The snow sheep population in Russia is estimated at over 60,000 heads. Sheep are usually found at 1,300 -1,700 m. (4,000 -5,000 ft.) above the sea level. To save time snow sheep hunting areas are usually accessed by helicopters. Hunts can be frequently combined with brown bear, moose and in some places caribou. The success is nearly 100%.

Okhotsk snow sheep is found in Khabarovsk, Okhotsk and Southern part of Magadan region. It’s large, brownish-gray in color, resembling the North-American Stone sheep of British Columbia. Adult rams can weigh more than 350 pounds. The horns form a spiral with a slight outward flare. Typical horns of the trophies average 35 inches, but 38-40 inch and occasionally 41inch trophies can be taken too. On a good day, one can see up to 30 sheep on the coastal mountains from the boat.

Yakutia snow sheep, also colled Yakut snow sheep with 40,000 heads is the most numerous. Horses are frequently used during the hunt.

Koryak snow sheep of Northern part of Kamchatka is pale, almost white, and resembles the Dall Sheep. The population of rams is very strong. Koryak Snow Sheep usual trophy size is 35-36 inches up to 40-41 inches.

Kamchatka snow sheep inhabits the central part of the Kamchatka Peninsula. These sheep horns have the heaviest bases of all snow sheep, it is darker in color than other snow sheep. Kamchatka snow sheep does not have a typical light or white forehead patch. The average trophy size is 36 -37 inches with occasional 40 inch rams taken.
Kolyma snow sheep is found only in the Magadan Region, predominantly in the Kolyma mountain range.

Putorana snow sheep is located in the Putorana Plateau of north-central Siberia. It is an isolated population located 600 miles west of nearest herd of Yakut snow sheep. It’s winter coat is uniform dark grayish-brown in color, with a white belly and large white rump patch. Legs are as dark as the body. There are whitish areas on the face and crown. This sheep numbering less than 5000 is protected and getting a hunting permit is nearly impossible. 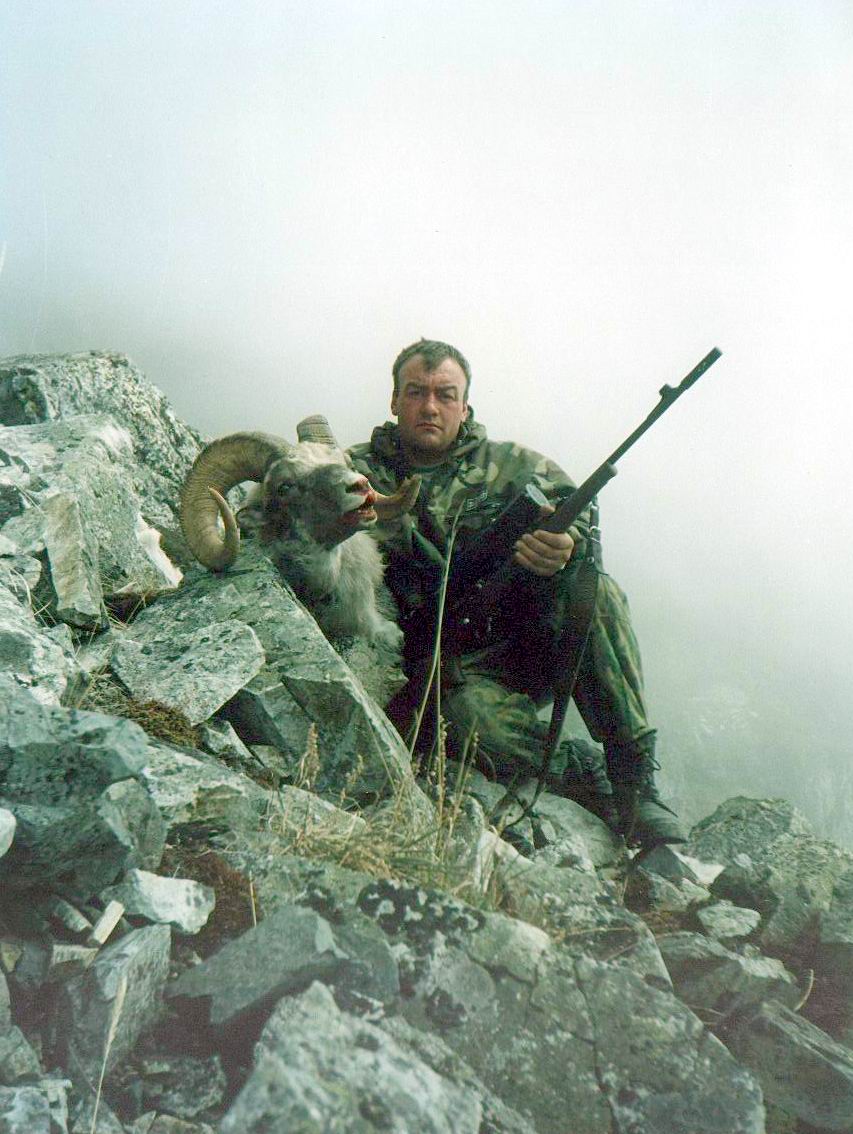 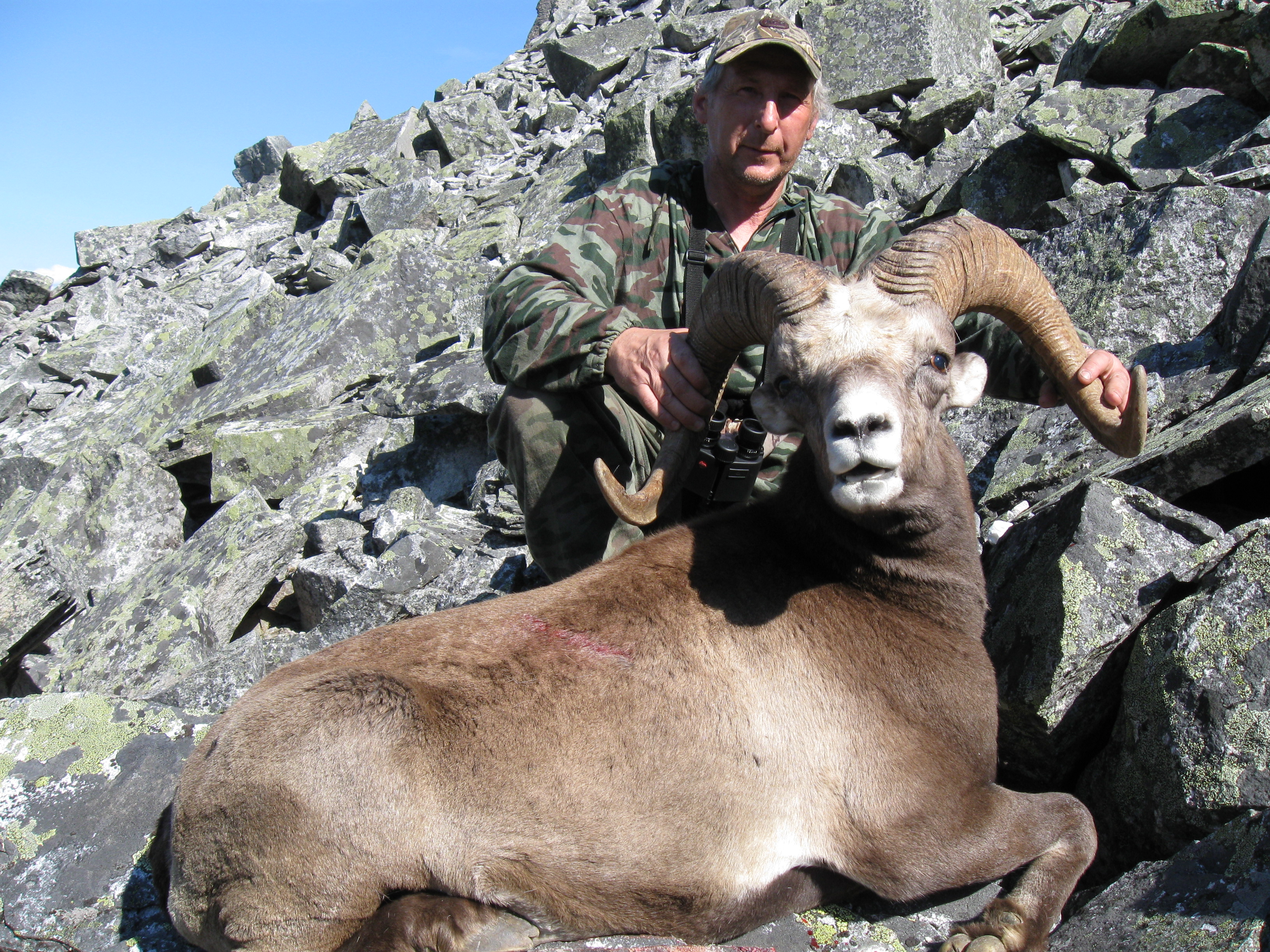 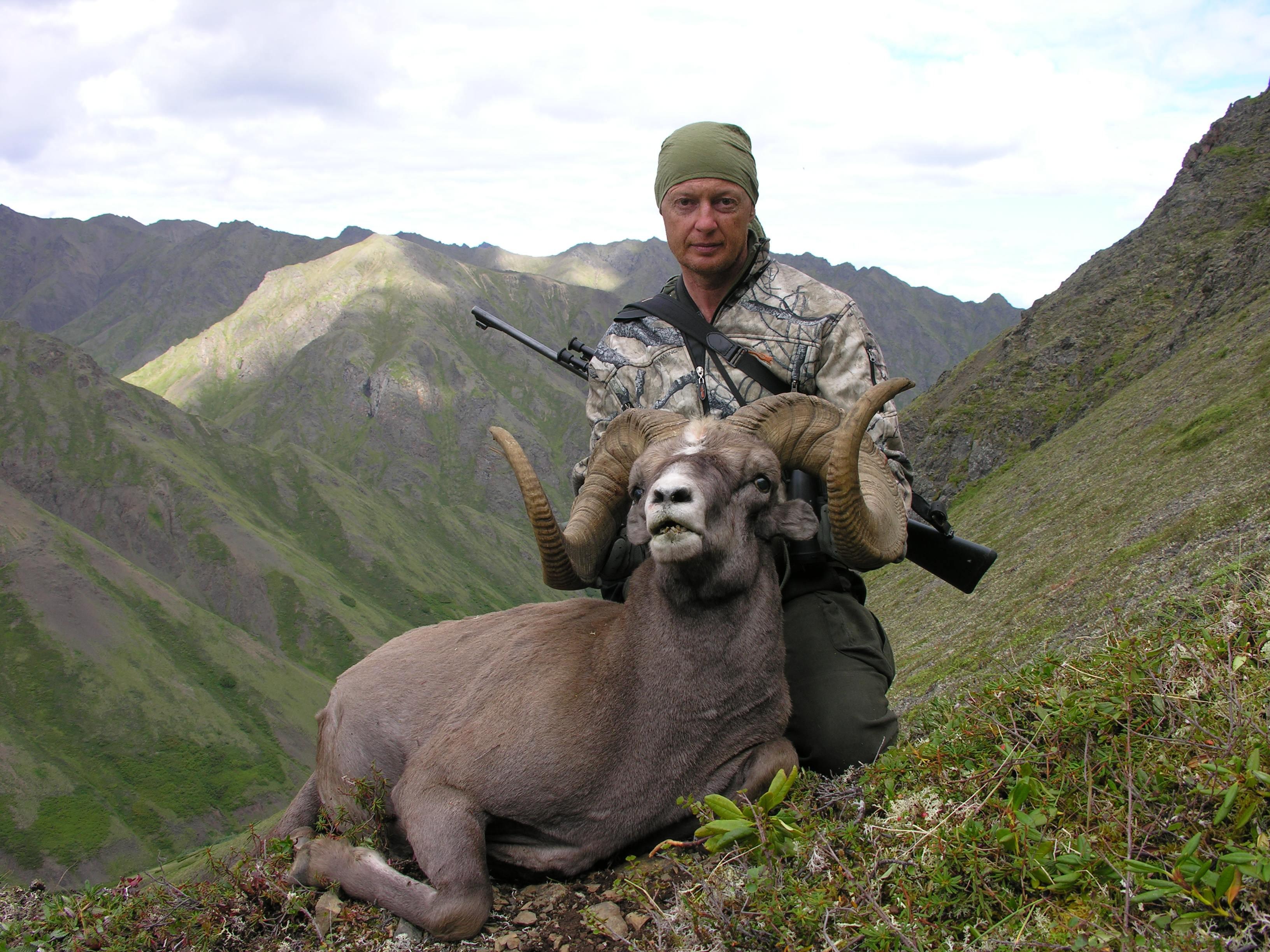 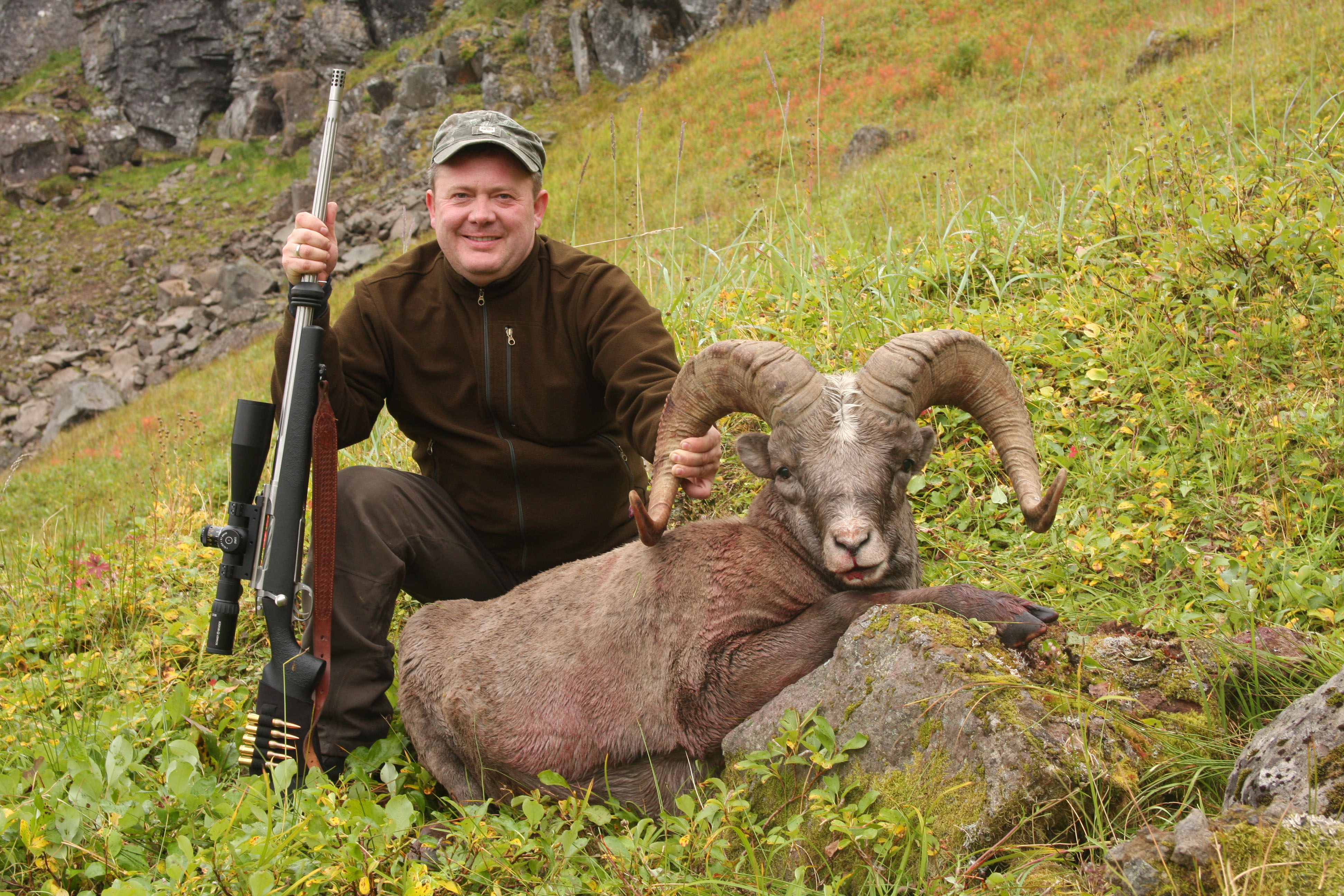 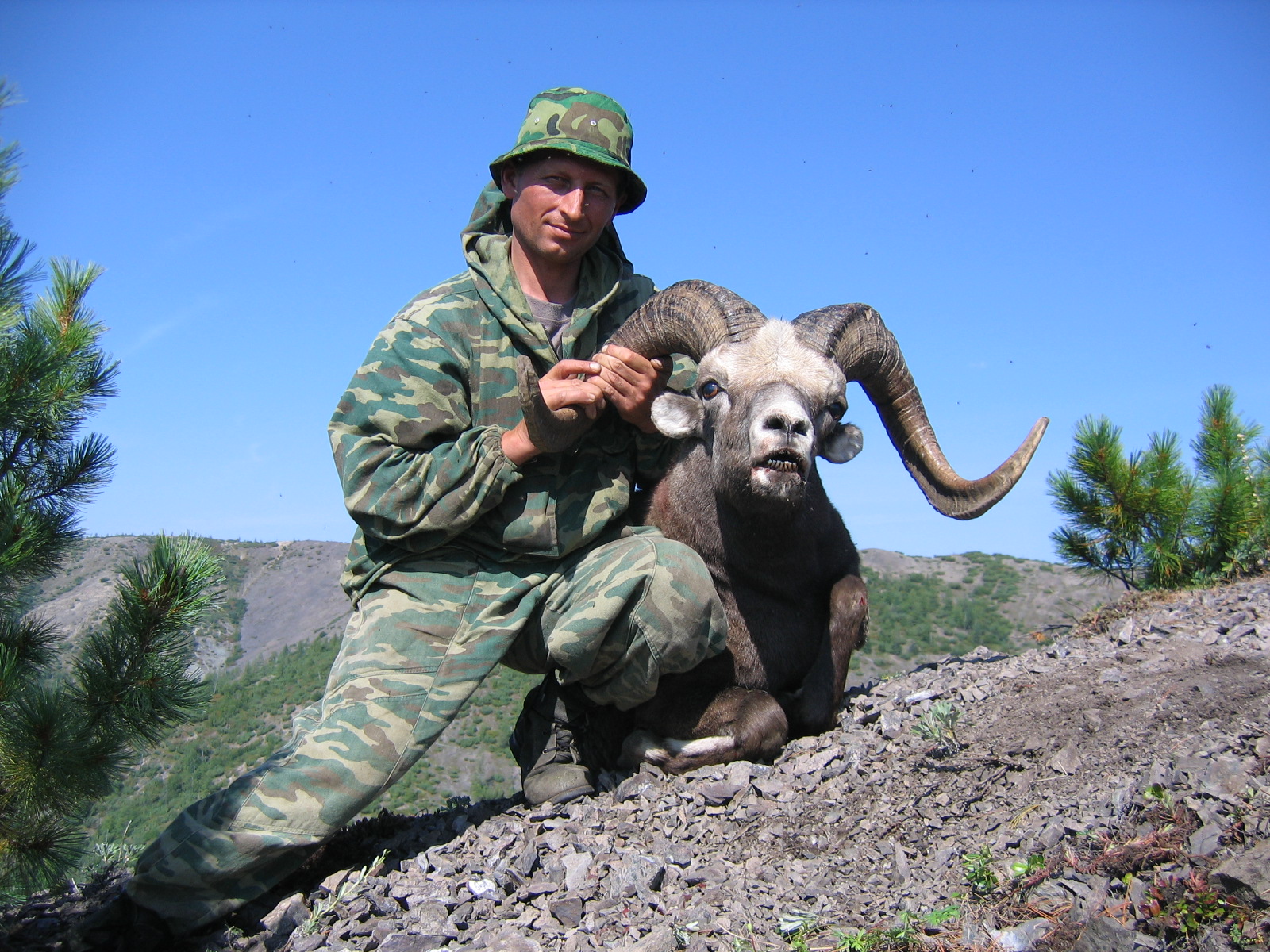 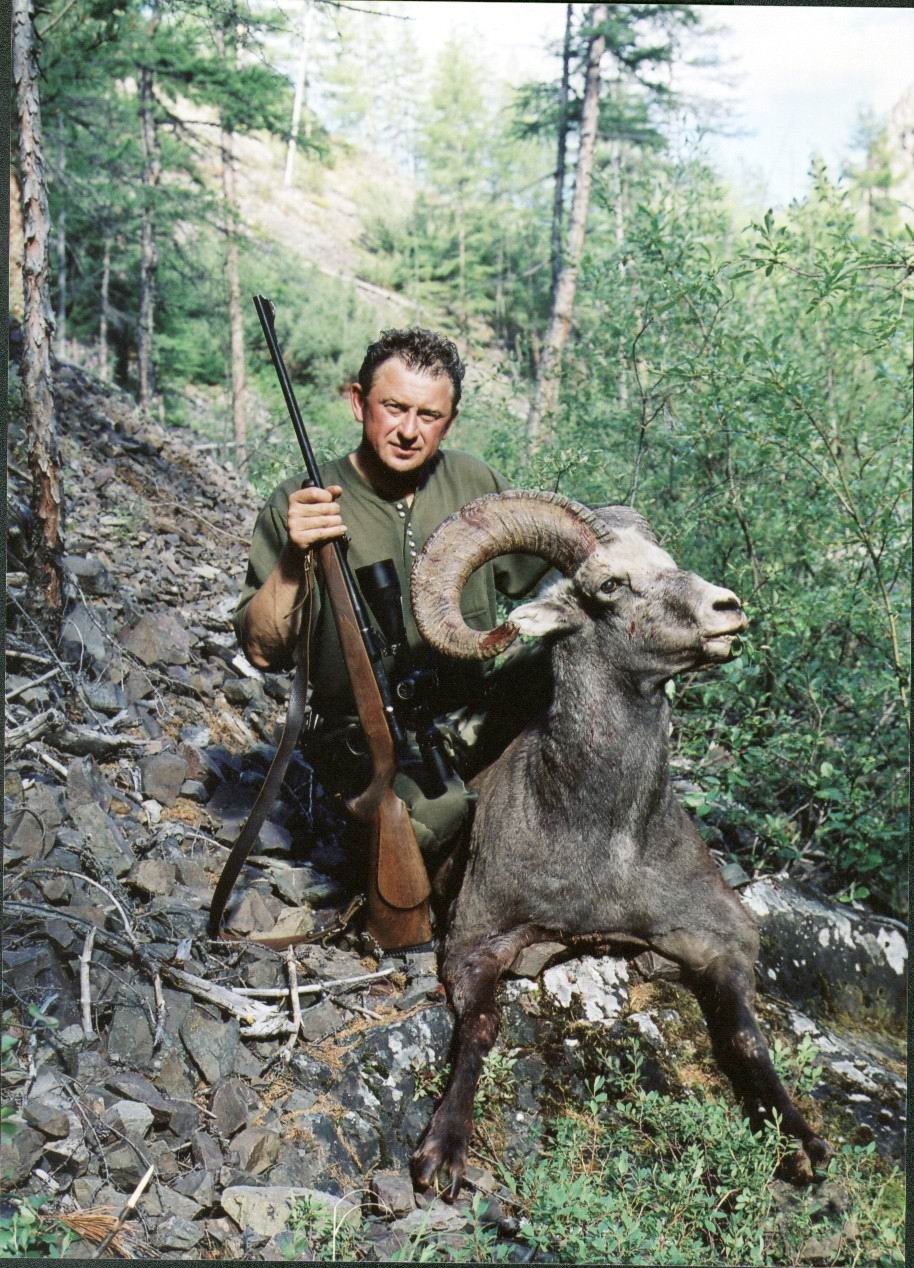 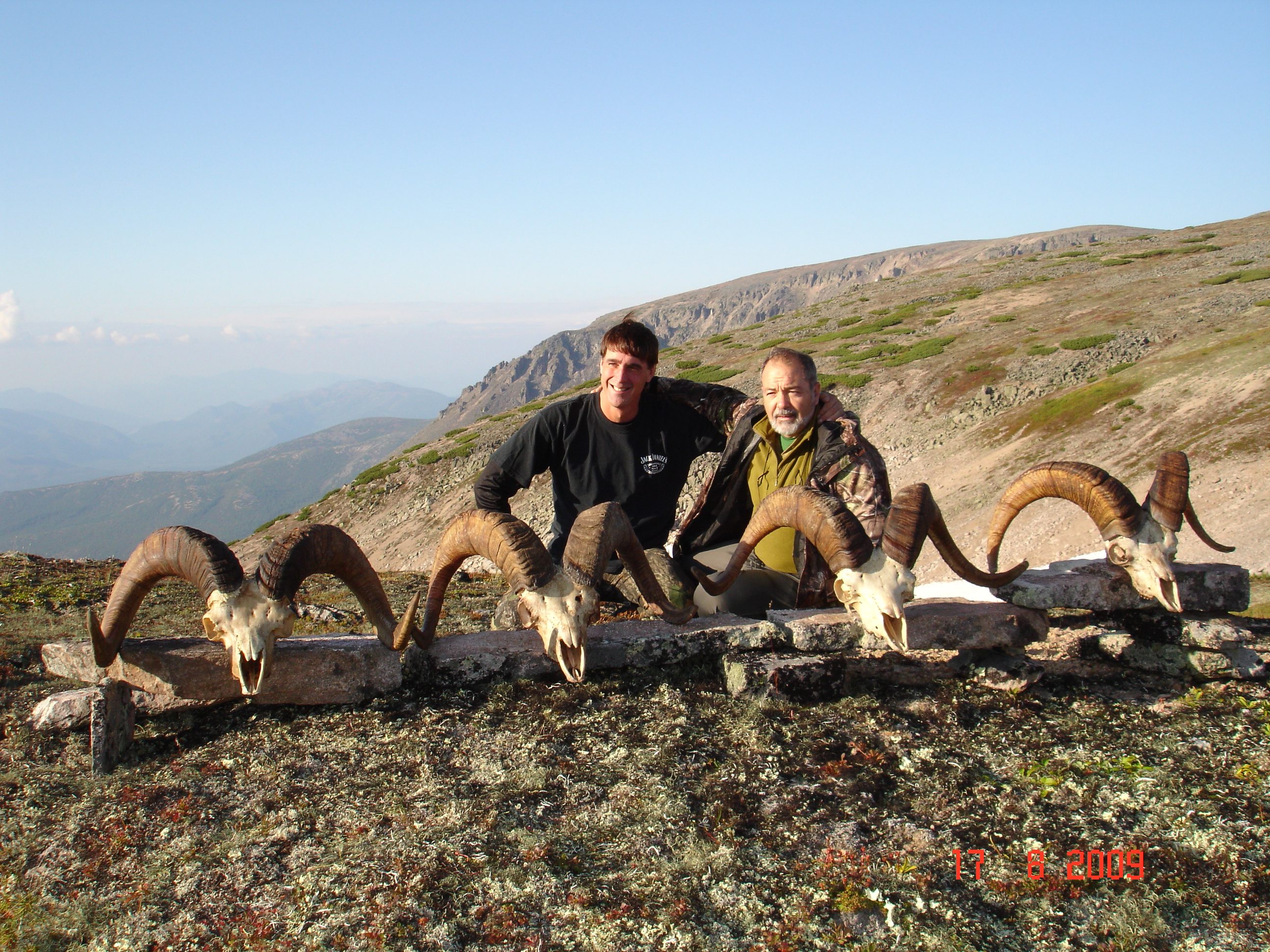 High population of snow sheep in Russia allows for a success rate of over 90%. Temperature during the hunt can range from +5 to +20 C (40-70 F) to – 10 C (5 F) at the end of September. Hunters are expected to be physically fit. The hunter may spend a few nights away from the base camp and may be required to ride a horse. Shooting is usually within 200 meters (220 yards) range.